Under-reporting of Aggression in Housing 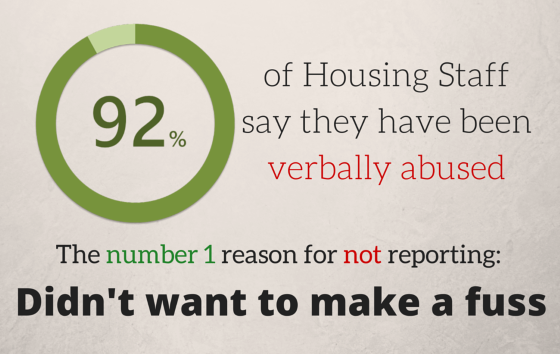 Under-reporting of Aggression in Housing

If you manage staff or have responsibility for Health and Safety where you work, you may be familiar with this scenario.

I was recently asked to train staff how to deal with aggressive service users. As usual, I asked for sanitised incident reports to give me a feel for the kind of incidents staff regularly face so that I could tailor the training accordingly.

Unfortunately, I received an all too familiar response… I paraphrase:

“Oh, well…you can see them but they won’t help much, we’ve only had two reports in the last twelve months, but we know we have a problem…”

You’ve got a problem all right… your staff are not reporting incidents.

And if they aren’t reporting incidents, how do make sure suitable and sufficient measures are in place to protect them, especially in a climate of competing priorities (like the new IT system) on limited budgets.

Relying on reported incidents as a measure of the day to day risk faced by staff will not give a complete and accurate picture.

We all know we have to report the slip on the recently mopped floor (because there was no sign for goodness sake!) and that little incident when Dave from accounting heaped two spoons of toilet cleaner into his coffee thinking it was sugar – enjoy your all expenses paid holiday Dave!

But what about reporting aggression and violence?

Surely staff would report the arguably more serious hazards, like that angry service user who threatened to follow them home that night, or the irate woman jumping up and down on the bonnet of their car after being refused a prescription?  Pen was put to paper on those…surely…

The sad reality, in my experience, is that it probably wasn’t, at least not as it should be.

Over the past 6 months we have been carrying out our own survey of Housing Staff who have attended our courses (261 staff). 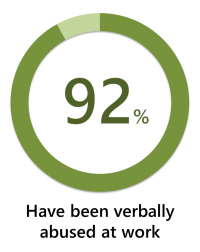 “You don’t really think about it as a safety thing, it’s just what we do.” 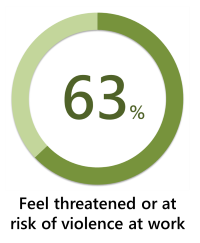 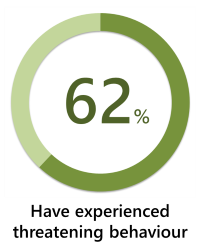 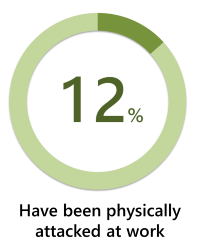 Those same staff also described the following examples of what had happened to them and you may recognise some of them in your own workplace:

These are criminal offences and yet, rather alarmingly, staff admitted that some were not even reported to their employer- let alone police!

But why not report incidents?

There are so many reasons why staff might not report incidents, and the people I have met are only too familiar with them. 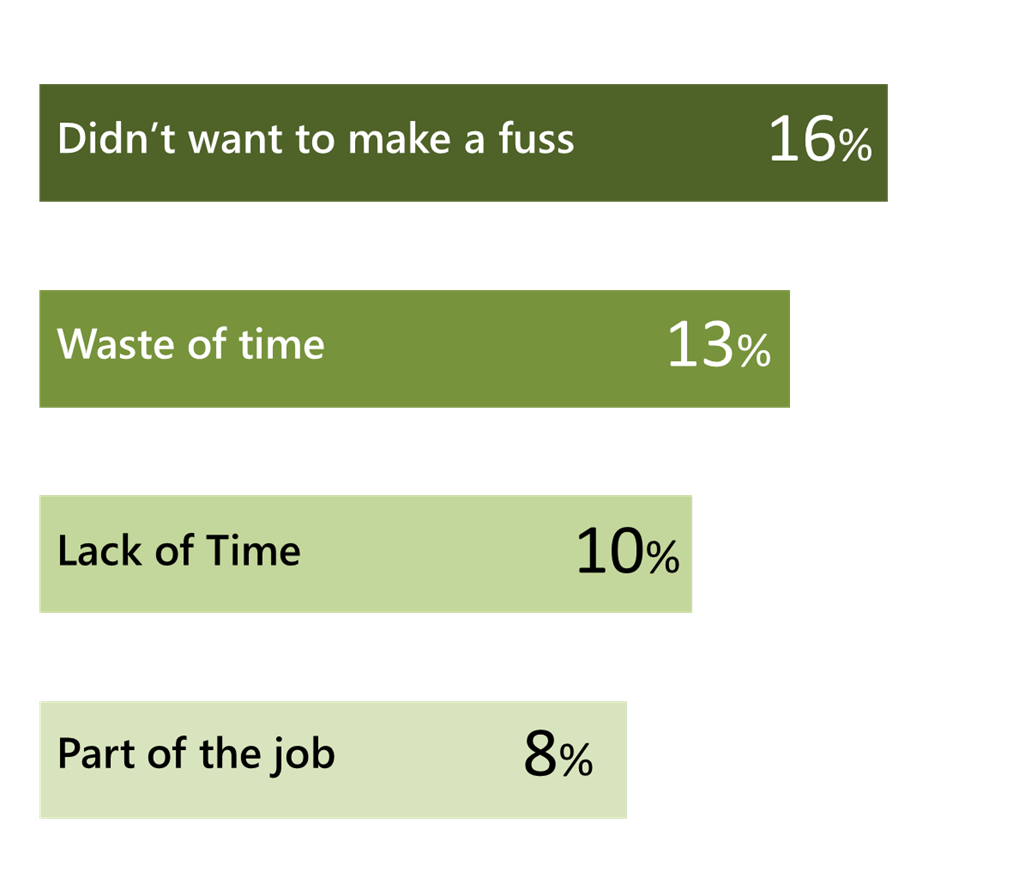 To the casual observer it’s obvious why reports should be submitted, and I can almost guarantee that official policy up and down the land is very clear on what is expected of staff in line with best practice. Tickety boo then!

But something is not working and it is not unique to Housing Staff.

We have been compiling this information for over a year now from a variety of sectors and the results are largely replicated from Youth work and Adult Social Care through to Park’s Officers.

Two of the most common points to come out of discussions are:

“If I had to fill in a report every time someone threatened me or abused me I would forever be filling in forms.”

“The boss won’t like that, it makes them look bad and could affect our funding.”

What about the official stats then…

HSE stats show that 76,000 “other” injuries to employees (ie the ones that weren’t fatal) were reported under RIDDOR in 2014/15 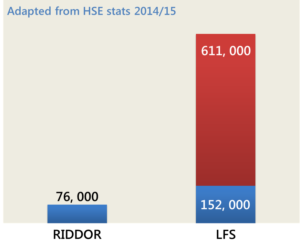 On the same page of stats however, the Labour Force Survey shows 611,000 injuries occurred at work, of which 152,000 led to over-7-days absence, which ARE reportable under RIDDOR.

Now numbers were never my strong suit, but that doesn’t look right.

Of course, not all injuries are reportable under RIDDOR but that doesn’t fully explain the difference in the numbers. For more about reportable injuries click here.

This is all very stressful.

These official stats don’t even include Stress, which is not reportable under RIDDOR. It is not classed as an “occupational injury” because it does not result from a single definable accident,   even if you do have a sick note from your doctor saying it is “work-related”.

9.9 million days were lost due to stress in 2014/15. The highest levels of stress are in the service industries such as health; teaching; business, media and public service professionals.

The two most common self-reported risk factors in the workplace in 2014 were:

I wonder if “reported incidents” reflect this…I can probably guess the answer.

It’s pretty clear that we can’t just rely on Incident reports to give a true reflection of the risks faced by staff.

So, if people aren’t reporting incidents, how are you supposed to ensure that “suitable” and “sufficient” risk assessments are in place to comply with legislation and keep everyone as safe as possible?

One possible solution is to ask frontline workers about the risks they face in a survey. It’s not the be all and end all, but it can certainly help. If you don’t know what to ask, no problem. Download our free PDF Violence at work survey here.

HSE guidance Consulting Employees on Health and Safety has some great advice, and lists some of the benefits of consulting employees such as:

We are very good at putting in measures to control a known risk- like the kitchen cleaning chemicals. We know the risk because of the great big label on the bottle, and we know what to do about it.

But how do you assess an unknown like a human being. People don’t come with a government hazard warning labels stuck on them and can be unpredictable and at times even more dangerous than those chemicals under the sink.

The truth is we can’t put in measures if we don’t know about the risk in the first place. Using a survey is a great way to find out more and show staff that their views are important. It’s a win win.

Being a training provider and consultant in this area, I clearly have an interest in the outcome of such a survey and I would never claim it to be scientifically validated in anyway, but the Health and Safety officers who we have worked with have found this information very useful in adding weight to the call for staff safety to be an essential, rather than a “nice to have if we have any money left “.

What would a survey like this tell you about your staff welfare? Why don’t you find out? CLICK HERE to download a blank PDF Violence at Work survey and use as you see fit.

Do You Like What We’ve Done With The Place?

Previous Post “There’s nothing I can do about it” Next Post Can I Arm Myself If Someone Breaks In?